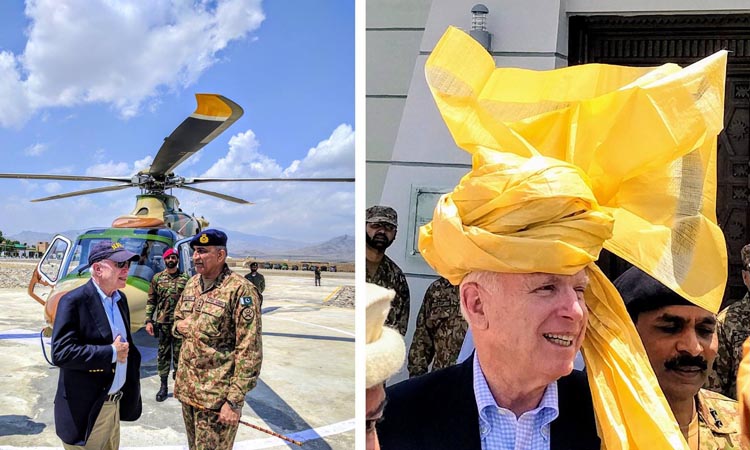 During their visit to Pakistan the Senate delegation took an aerial tour of areas of the Federally Administered Tribal Area and were able to see some of the infrastructure projects built with American assistance. In December 2016, the Embassy signed an agreement to provide over 8.5 billion rupees for the Kurram Tangi dam project in North Waziristan.  Through the USAID grant more than 16,000 acres of farmland will be irrigated, enough to benefit 100,000 people, and when the overall project is complete the dam will produce 18.4 megawatts of electricity.  Also with United States government assistance, last year the Government of Khyber Pakhtunkhwa completed the 7.5 billion rupees Gomal Zam irrigation project, which will generate 17.4 megawatts of electricity, irrigate 191,000 acres in Tank and Dera Ismail Khan Districts, while increasing business, trade, and jobs for 30,000 households.

To date, the American government has also provided 9.9 billion rupees in supporting law enforcement personnel in FATA, across a wide range of projects, including the 1.4 billion rupee Takhta Baig – Mattani road completed in August 2016 and construction of more than 100 border outposts and defensive structures to support the Government of Pakistan in their counter-terrorism operations.

Photos are available on the U.S. Embassy Flickr page