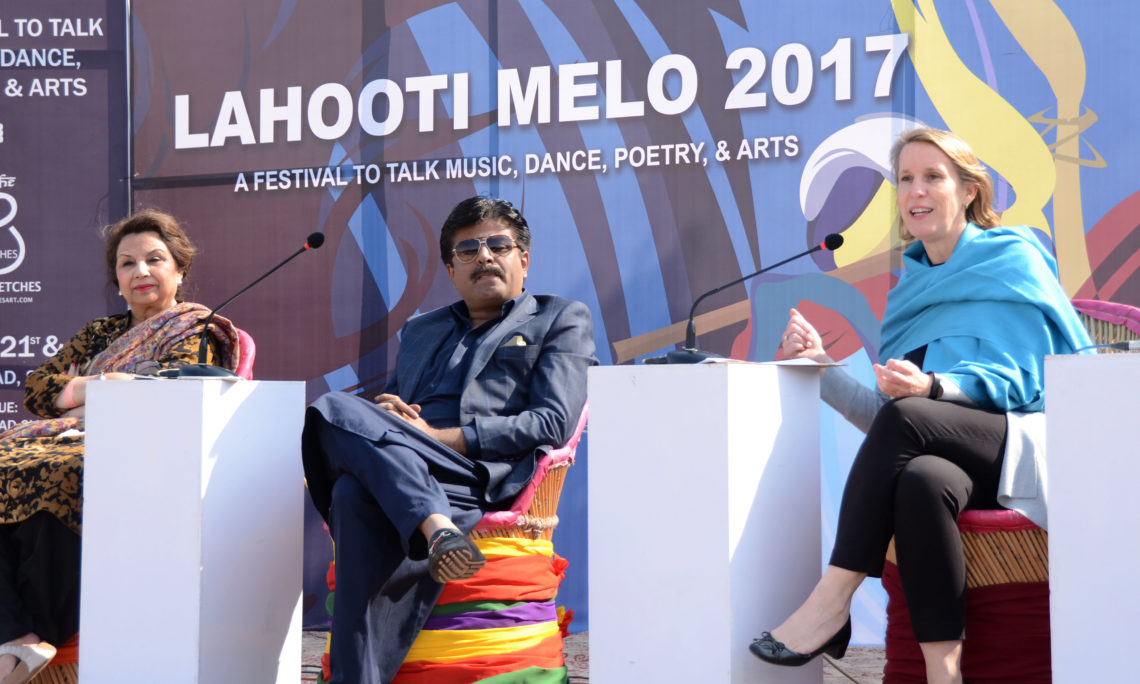 Hyderabad – U.S. Consul General Grace Shelton and Sindh Culture Minister Syed Sardar Shah inaugurated the second annual two-day music festival Lahooti Melo in Hyderabad, organized by musician Saif Samejo. Other attendees included Deputy Commissioner Hyderabad and other notable leaders from the area.
Speaking on the occasion, Consul General Grace Shelton in her inaugural speech said “Events like Lahooti Melo music festival show the power of the arts as a medium for cultural identity and social harmony – that’s why we’re so glad the U.S. Consulate is one of the sponsors of this year’s festival.”
In addition to sponsoring a booth at the festival where visitors are given information about the U.S. government’s educational and cultural exchange programs, the U.S. Consulate’s diplomats based in Karach will lead virtual sessions on U.S. music traditions and folk instruments.  This year’s edition of Lahooti Melo will feature the American music band The Dallas Brown Band and American guitarists Andrew David Tutmark and Ben Rector.
Earlier in the morning, CG Shelton visited the shrine of Sufi poet Shah Abdul Latif Bhitai in Bhit Shah and listened to a live music performance by the faqeers of Shah Bhitai. CG Shelton said “Shah Abdul Latif Bhitai was a gifted poet and musician whose many works showed the world the beauty of the language and culture of Sindh.”