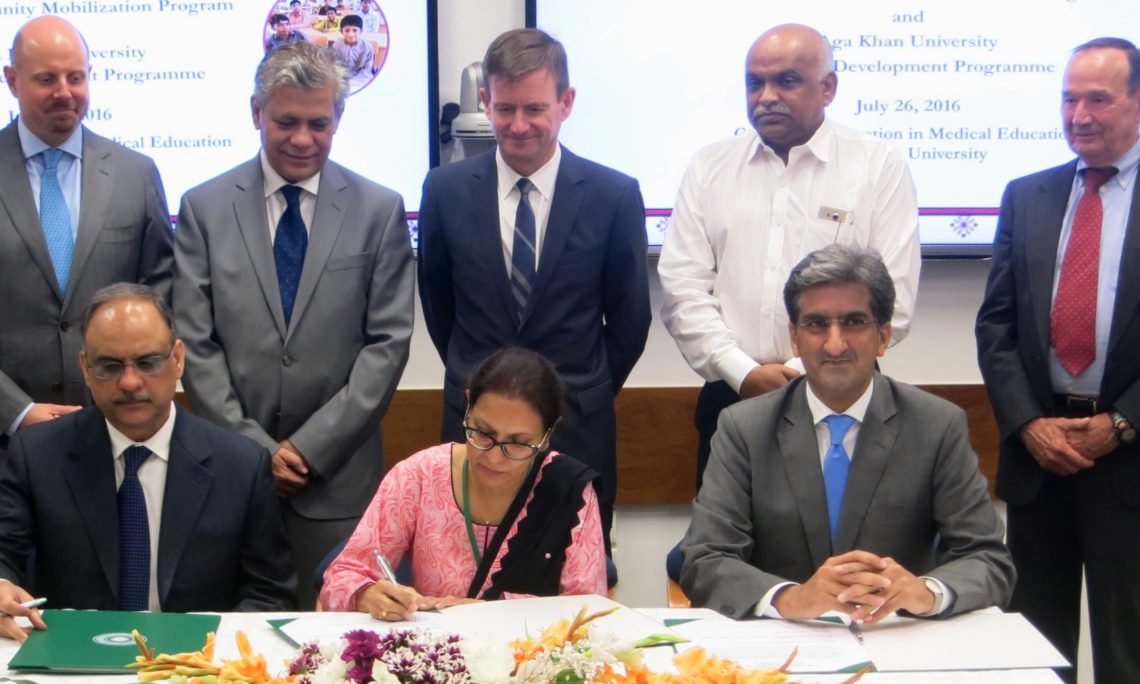 “Education plays a vital role in improving children’s health and nutrition,” said Ambassador Hale. “No nation can reach its full potential if its people are not healthy and educated,” he said.

As part of the USAID-funded Sindh Basic Education Program (SBEP) — in partnership with the Sindh Education and Literacy Department — CMP is linking schools and health facilities to fight malnutrition.  CMP also screens children and creates awareness among parents regarding the benefits of improved nutrition.  Malnutrition affects children’s ability to learn.  In Sindh, the situation is most severe in districts affected by the 2010 floods.

USAID also awarded a grant to Aga Khan University to mainstream education for children with special needs and increase enrollment for girls in government and private schools.  The effort is part of the “Let Girls Learn” initiative in Pakistan to ensure girls receive the education they deserve, announced by Michelle Obama and Maryam Nawaz Sharif at the White House in October 2015.