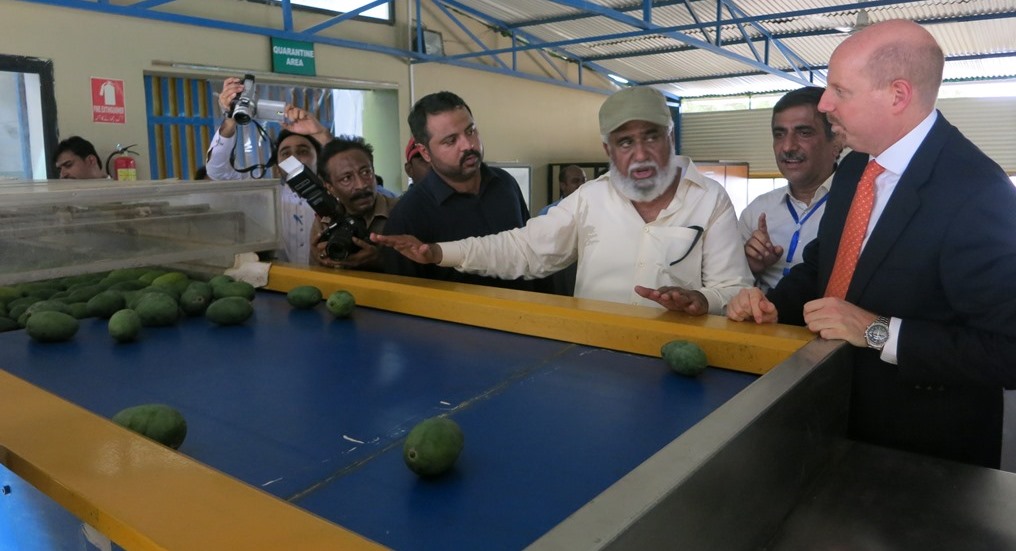 “The United States is helping Pakistan boost domestic and international sales of Pakistani agricultural products, including mangoes,” said Consul General Heath. “We want to make Pakistani mangoes as competitive as they can be in international markets,” he said. Pakistan is the fifth largest mango-producing country in the world, but exports less than 8 percent of its production. “Pakistani mango exports to the U.S. doubled last year, setting a record at 184 metric tons, and there is even more potential in this area,” said Mr. Heath.

USAID, through its Agricultural Market Development (AMD) project, is increasing access to new markets for Pakistani mango farmers, while ensuring better prices through improving compliance with international grading standards and export protocols. USAID supplied top-of-the-line automated mango graders imported from one of the world’s leading manufacturers as well as training farmers how to use them to the best advantage.

USAID launched the U.S.-Pakistan Partnership for Agricultural Market Development in February 2015 to increase production and sales of products, including meat, vegetables, mangoes and citrus. This partnership promotes cooperation among farmers, processers, exporters and buyers of agricultural products from Pakistan.