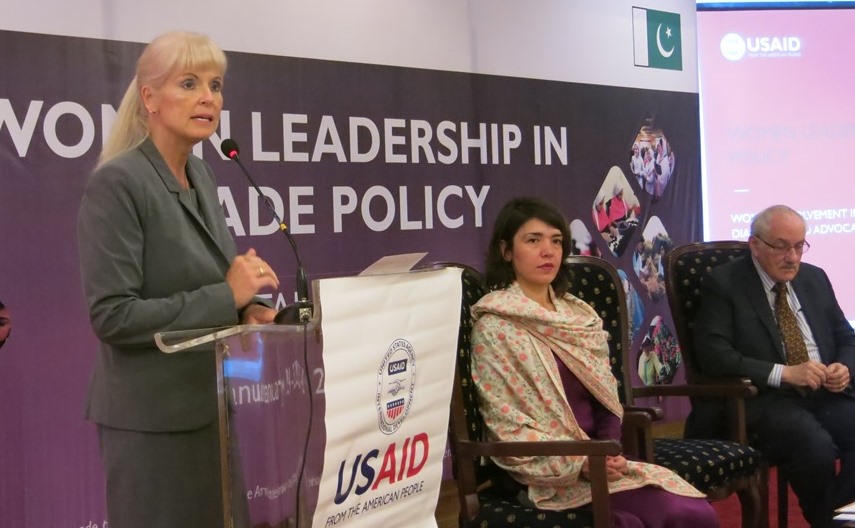 USAID Provincial Director for Sindh and Balochistan Denise A. Herbol was also present and emphasized, “Women require access to market intelligence and must be given the ability to organize resources effectively to meet market demand, scale-up and respond to trade opportunities. We recognize the need for women to have managerial and organizational resources and skills to develop business and export readiness and to manage and expand their businesses efficiently.”
Members of the roundtable shared views on trade policy formulation and advocacy specifically aimed at promoting the participation of women. Over the course of the event, multiple sessions were facilitated by experts including Roubina Taufiq, former Director General of Pakistan’s Trade Dispute Resolution Office. Similar roundtable discussions were recently held in other cities where participants from Islamabad, Rawalpindi, Kashmir, and Peshawar, were in attendance.
The USAID PREIA is a five-year initiative furthering the development of Pakistan’s trade sector. Under this project this series of roundtable discussions is being conducted as part of the Women Leadership Development Program (WLDP) in collaboration with the USAID Training for Pakistan Project. The WLDP seeks to support women from various trade sectors, such as the government, corporate, business and academia, and equip them with the necessary training to further their inclusion in the economic sector.