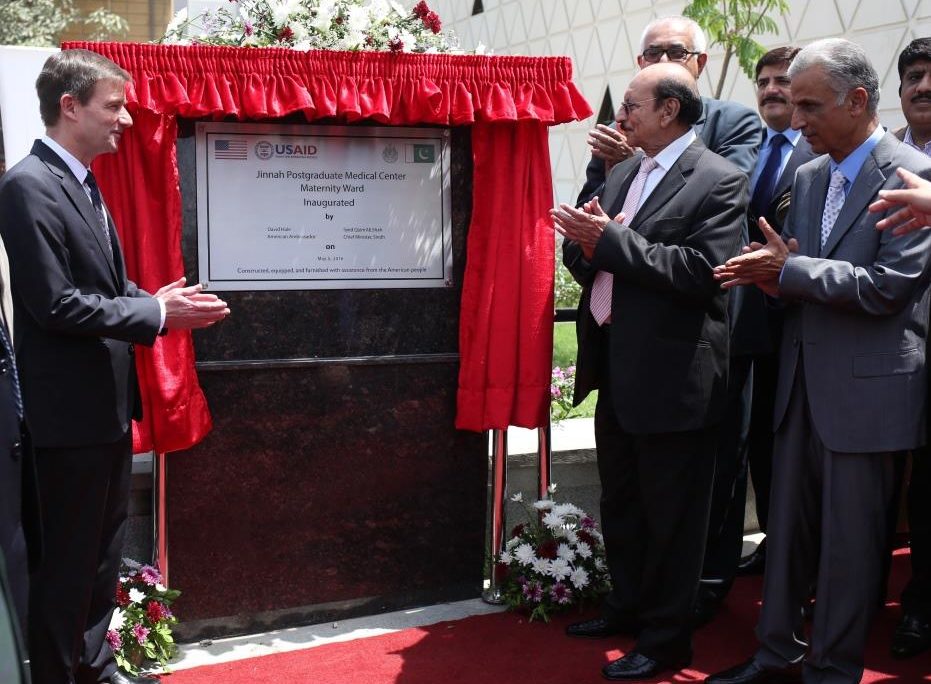 The 120-bed maternity ward replaces an older one with only 80 beds.  USAID previously funded the construction of a PKR 356 million obstetrics/gynecology ward at the Medical Centre, which was inaugurated in December 2012.

“America and Pakistan have worked together for many years to solve big challenges such as improving access to high quality health care.  These buildings are symbols of our abiding partnership,” Ambassador Hale said.

America and Pakistan have a long history of working together to improve health care.  USAID, Jinnah Hospital and Indiana University launched the Basic Medical Services Institute in 1959, which became the first institute to provide post-graduate medical education in Pakistan.

In January this year, Ambassador Hale and Chief Minister Shah inaugurated the Jacobabad Institute of Medical Sciences, also funded by USAID and now serving hundreds of patients daily. Since FY 2012, more than five million women and children have received health care services at a site supported by the U.S. government.

For more information about U.S. health projects in Pakistan, go to: http://www.usaid.gov/pakistan/health.